Is Bandy Too Expensive for the Winter Olympics? Let's Ask Luge, Skeleton, and Bobsled 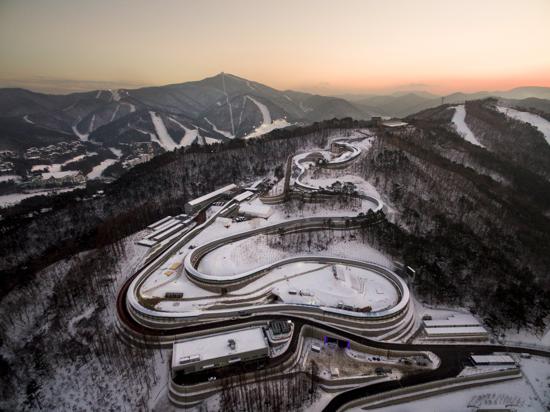 Per Hellmyrs was born in 1983, in the heart of Swedish Bandy country, in the County of Gävleborg, the municipality of Ovanåker in a city by the name of Edsbyn. Edsbyn has a population of almost 4000 people. Its small size has not, however, kept Edsbyn from being one of the greatest bandy communities in all of Sweden. Edsbyn formed their first bandy club in 1909. They have competed in the highest league of Swedish bandy from 1945-69 and now 1971 to the present. Edsbyn IF has made its 4000 citizens proud, winning 12 Swedish Championships over the decades. Edsbyn has produced many all time greats of Swedish bandy over the last 110 years. One of the greatest of all is Per Hellmyrs. Born in Edsbyn in 1983 and raised on the bandy rink with all the other boys in town, Hellmyrs has become a 5 time world champion skating for Sweden, a 5 time Swedish Champion, even a Russian Champion when he played for Dynamo Moscow and was named  the Swedish "Bandy Player of the Year" in 2009. 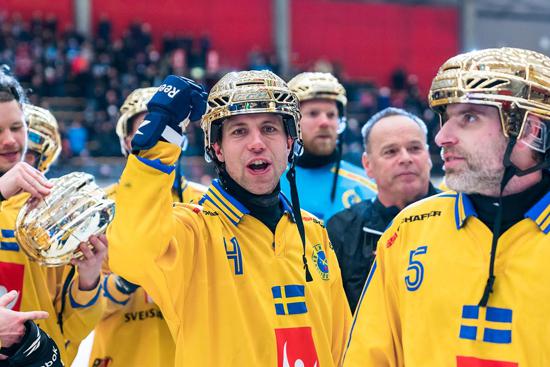 Almost 2000 miles away from Edsbyn, 1500 miles east of Moscow, lies the Russian city of Krasnoturinsk. Founded in 1758 as a copper mining settlement on the Turya River, the city is home to 60,000 residents.  Krasnoturinsk, like Edsbyn, is also a bandy town. The local bandy club is Dynamo Mayak, founded in 1948, although bandy began in Krasnoturinsk far earlier. Krasnoturinsk and Dynamo Mayak are the origins of one of the all time greatest players in Russian and world bandy history, Evgenii Ivanushkin. Born in 1979, Ivanushkin, like Hellmyrs in Edsbyn, was raised on the bandy rinks of Krasnoturinsk , one of hundreds of other Russian kids his age. He is a 7 time world bandy champion skating for Russia. In 2017 Ivanushkin became just the second player, following Sergei Lomanov Jr., to score 1000 goals in the Russian Super League. 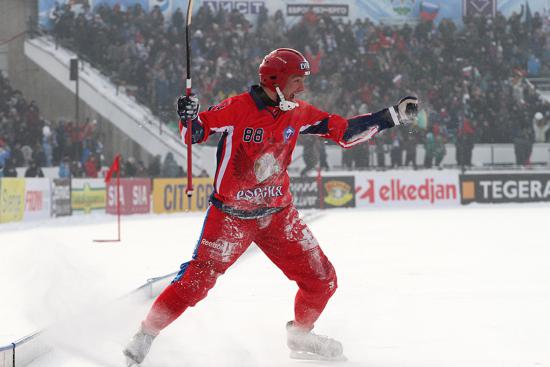 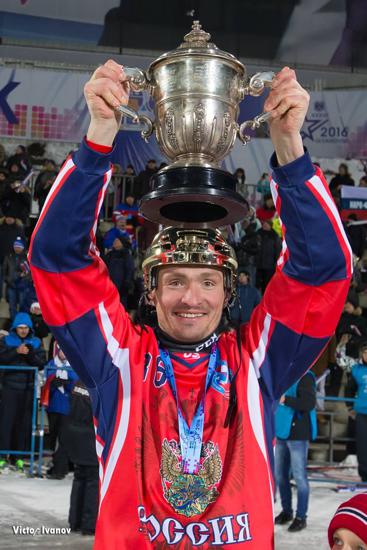 What do Per Hellmyrs and Evgenii Ivanushkin have in common beyond the fact that they grew up in winter countries and cultures where the sport of bandy is an essential element of national and local tradition and heritage, that both come from small communities where playing bandy was not limited to those with wealth and privilege, that both became among the greatest players in the history of bandy? Here is what both have in common, not only with each other, but also with the hundreds of thousands of bandy players, from its origins to the present, men and women from across the bandy world, currently 23 countries strong. They have never had the opportunity to compete in the Winter Olympics. They have never had the opportunity to be an Olympian.

Contrast this with the three sledding sports which are currently included in the Winter Olympics - luge, skeleton and bobsled. All 3 sports were invented in the 1880s by hotels in St Moritz, Switzerland that catered to the ultra wealthy and elite as exciting hobbies and outdoor winter activities that would help keep the hotels full during the winter. 130 years later, all 3 sports are firmly entrenched in the Winter Olympic Games and defended by the IOC as hereditary and essential sports as bobsled was included in the first Winter Games in 1924, luge in 1964 and skeleton initially in 1928, then permanently in 2002

Let's compare Par Hellmyrs and Evgenii Ivanushkin, who will never compete in the Winter Olympics, with a luge athlete from the United States. Hellmyrs and Ivanushkin are products of countries, cities, small towns, where bandy is and has been an essential element of the culture and tradition for over 100 years. They are two of among hundreds of thousands of kids who played bandy as a part of growing up in their northern winters - none of whom were limited by a lack of wealth and/or privilege. Hellmyrs and Ivanushkin began playing bandy as small children and through years of playing and practice, together of course with incredible athleticism, became among the best in the world.

There is no such luge opportunity for youth in the United States, nor in most countries of the world. In the USA it is instead necessary to go out and find boys and girls, young men and women, and try to recruit them into becoming lugers. One of the main recruiting methods is the White Castle Slider Tour, which occurs in cities across the country. White Castle is an iconic hamburger chain in the US whose hamburgers are referred to as "Sliders" for how well they go down the throat into the stomach. Sponsoring the sliding sport of USA Luge is indeed clever marketing for the creator of the "Slider" hamburgers. The recruiting clinics are open to anyone between the ages of 9 to 13. Each participant simply needs to register and attend a 2 to 3 hour clinic. Then they can try a wheeled luge running downhill on concrete. If they show promise then they might be offered the opportunity to train, expenses covered, in Lake Placid, with the potential of ultimately being an Olympic luger as an achievable goal.

How much does it cost to create an Olympic luger? "That depends" and "It is difficult to calculate" are two common answers. There are no readily accessible statistics that state how much money it costs to recruit, train(including housing and feeding), transport lugers to competitions, including the cost of hotels and food, the cost of equipment including the luge sled and the clothing each luger must wear. Reasonable estimates run close to $1 million for each luger who becomes an Olympian. The same question applies to the other two sledding sports in the Winter Olympics, skeleton and bobsled. Also, in addition to the above listed costs for a luger, the estimated cost for each bobsled team includes the cost of an Olympic quality bobsled at $50 thousand dollars. This is not to say that luge, skeleton and bobsled athletes are not high level athletes who give their all to be the best at their respective sports, because they are.  They are also, however, from the perspective of the bandy world the recipients of almost unimaginable monetary and support  Luge, skeleton, bobsled, are thus clearly sports that retain their St Moritz origins and history of coming from wealth and privilege. And this article has yet to address the most costly aspect of the sledding sports - the cost of building and maintaining a sliding venue for luge, skeleton and bobsled.

So how much does it cost to build a sliding venue for luge, skeleton and bobsled?  For the Winter Games in PyeongChang 2018 and Sochi 2014 the cost was over $110 million for each.  And once the Olympics are over the yearly cost of maintaining each sliding venue is well over $1 million. These extraordinary costs can be looked at in a number of different ways. First, the cost per athlete of each sliding venue. In the 2018 South Korea Winter Olympics there were 50 skeletoners, 110 lugers and 164 bobsledders, a total of 325 athletes. Divide the estimated $114 million cost of building the sliding venue by 325 and the cost per sledding athlete was $324 thousand for the venue alone.  A second way of looking at the extraordinary costs off the sliding sports is the cost per Olympic Medal. For example, Italy, which hosted the 2006 Winter Games in Turin and will be hosting the 2026 Winter Games in Milano. The estimated cost of the sliding venue in Turin was almost $50 Million dollars which when added to the projected cost of the Milano sliding venue of $80 million is a grand total of $130 million. Beginning in the 2006 Turin Olympics, up through 2018 in South Korea, Italy won a total of 3 sliding medals, all in the Luge and all by the same man, Armin Zoggeler. (It should be noted that Zoggeler is clearly an extraordinary athlete, having won Luge medals in 6 straight Winter Olympics). In skeleton and bobsled Italy has won zero Olympic medals since 2006. If no Italian wins a sliding medal in 2022 or 2026 the construction cost to Italy per Olympic sliding medal over the period from 2006 to 2026 is over $43 million per medal. If Italy equals its sliding medal count from 2006 to 2018 with an additional 3 then the cost per medal is still an astronomical amount of over $21 million dollars. Again, none of these construction costs take into account the yearly maintenance cost of a sliding venue, well over $1 million dollars per venue, just as they do not take into account the cost of creating and maintaining a sledding athlete. It should thus come as no surprise that in January 2018 an article appeared in The Engineer on the costs of Olympic Sliding venues, which quoted Jan Anders Mansson, a Professor in Mathematics and Chemical Engineering as stating "These are enormously costly facilities and some don't have many people using it". Mansson further states "So, they're built for the Olympics and then they stand unused". 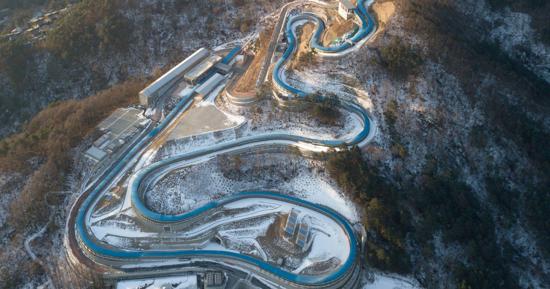 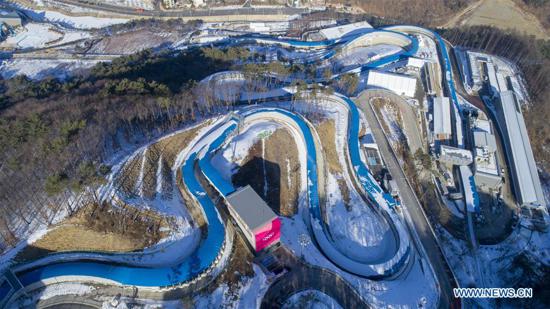 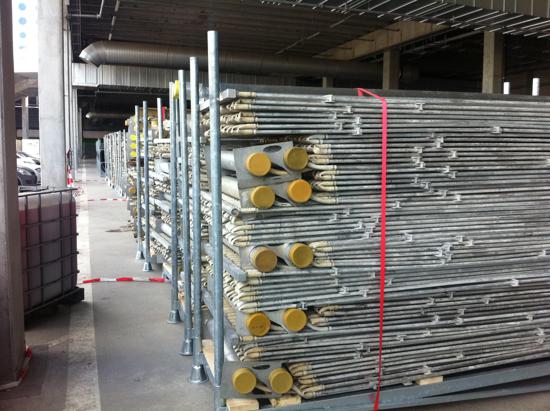 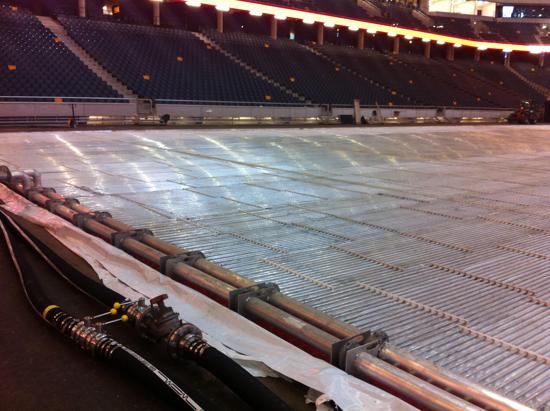 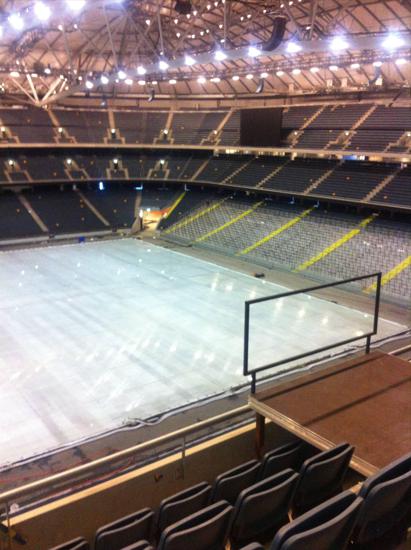 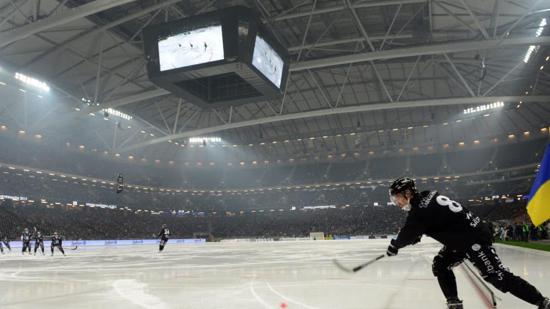 Difficult to believe but one of the primary arguments raised by the IOC for keeping bandy out of the Winter Olympic Games is that including bandy would cost too much. We know that the cost for constructing the sliding venue in Milano for the 2026 Winter Games will be over $80 Million dollars and the cost for Turin in the 2006 Winter Games was $50 million. How much would it cost to construct a bandy rink in Milano. The estimate obtained from the Swedish Bandy Federation is $1 million dollars. Their formula would be to install a temporary, portable ice refrigeration system on the soccer pitch of one of Milano's many stadiums to create the ice for the bandy rink. The stadium would already have the stands and concessions for the spectators, the changing rooms for the players, the lighting for night games. Three options are The San Siro Stadium, The Arena Civica and the Maspes Vigorelli Velodrome. This infrastructure is already in place. In addition, Italy is one of the leading nations in the world in the production of refrigeration compressors for making ice so creating a bandy rink for the 2026 Winter Games that could even be an economic positive for the country.  Although it is clearly stating the obvious, the cost of building the sliding venues in  Milano for the 2026 Winter Games is thus 80 times times greater than the cost of construction a bandy rink. Yet bandy is considered too expensive to include in the Winter Olympic Games?

A second argument raised by the IOC to keep bandy out of the Winter Olympics, particularly in Milano 2026, is that bandy is not an existing or heritage sport in Italy. In making this statement  the IOC chose not to comment on the fact that in the 2018 PyeongChang Winter Games South Korea built a sliding venue for over $100 Million even though they had never previously medaled in any of the three sliding sports, and that China, host of the 2022 Winter Games, is building their own $100 Million dollar sliding venue without having won a single sliding medal to date. Yet bandy is excluded because it is not a heritage sport?

No one in the world bandy community challenges the fact that the Olympic athletes in the 3 sledding sports, luge, skeleton, bobsled, are highly committed and highly trained. There is no movement or claim that any of these three sports should be removed from the Winter Olympics so that bandy can assume its rightful place as a Winter Olympic sport.  Still, Per Hellmyrs and Evgenii Ivanushkin, together with every other bandy player who has ever aspired to be an Olympian, as well as every bandy fan who wants to see bandy in the Olympics, must be shaking their head at the shocking amounts of money spent on the Olympic sledding sports,  while bandy, a sport that arose on frozen fens, lakes and rivers across the winter lands of the northern hemisphere, a sport with deep tradition, culture and heritage that is played by boys, girls, men and women, regardless of wealth and privilege, continues to be excluded from the Olympics.